Login About Us Tenders Contact Us Join Careers NEWS 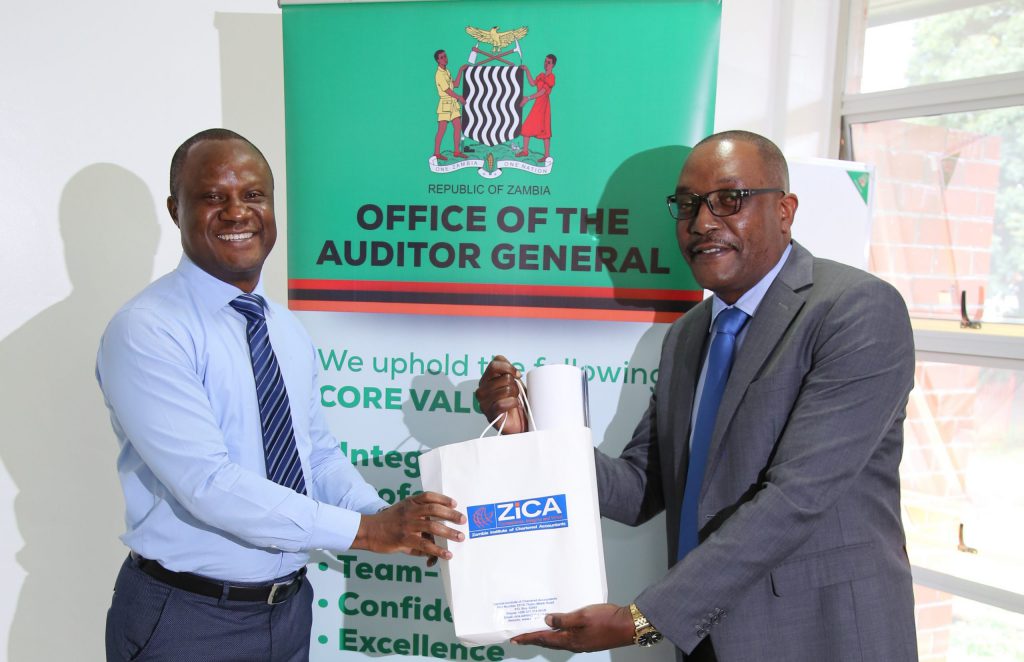 The Zambia Institute of Chartered Accountants (ZICA) Secretary and Chief Executive Mr. Anthony Bwembya has called for enhanced collaboration between his Office and Office of the Auditor General.

“The mandate of my Office is very huge and partnership with ZICA is very important as it has a huge footprint,” said Dr. Sichembe.

He urged ZICA to continue elevating its voice to the nation and its members on the importance of the matters that are raised in the reports of the Auditor General and the need for public officers to abide by the Public Finance Management Act of 2018 which provides institutional and regulatory framework for the management of public funds.

And ZICA Secretary and Chief Executive Mr. Anthony Bwembya emphasised the need for public officers to undertake the Public Sector Financial Management Programme (PSFM) offered by ZICA which is tailored for the public sector if issues of accountability of public resources were to be enhanced. He bemoaned the poor programme uptake by public officers despite government support to sponsor officers. He further reiterated that the poor uptake of the programme was not in tandem with the Government aspirations in fostering accountability and prudent Management of Public resources.

The Auditor General urged ZICA to strengthen the collaboration with his office through a MoU which among others would detail the selection mechanism for outsourced audit assignments, identify gaps and training needs that requires ZICA’s intervention in partnership with the Office of the Auditor General.

The Auditor General expressed his delight on the registration and accreditation of the ZICA qualifications by the Zambia Qualifications Authority (ZAQA) and urged ZICA to sensitise Government and other relevant stakeholders.

RELEASE OF THE SEPTEMBER 2022 EXAMINATION RESULTS

Opening Remarks by the Hon. Minister of Southern Province at the 2022 ABC